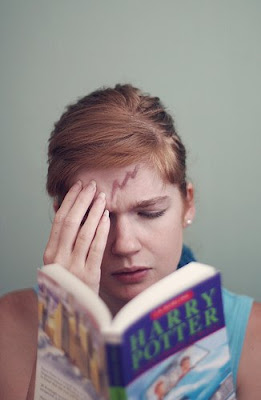 Read this before in 2000. But I'm reviewing it as if I hadn't read it before.
As I rate it, however, I do compare it to the other books in the series.

In this second installment of the Harry Potter series, our protagonist and his friends begin their second year at Hogwarts, school for wizards.

Before even arriving at Hogwarts, Harry is already confronted with ominous warnings from house elf Dobby not to return to Hogwarts. Dobby is adamant – but Harry is set in his decision to attend.

If Harry thinks that even getting to the school (barely on time in a flying car which lands straight into a very aggressive willow) in one piece is a big challenge already, he's got another thing coming.

Barely recovering from last year's events, Hogwarts is left with a mysterious message: "The chamber of secrets has been opened… Enemies of the heir, beware…"

Though JK Rowling provides us with a decent successor to the first book, it is far from being the best in the series. Its story is, compared with the others… well, a little forgettable. When I think of the whole HP series, book 2 does not spring to mind.

This year's mystery is not exactly all that exciting and it felt as though it was brought to a close rather easily. I also felt this book was quite chaotic compared to the first; a lot happens.

However, whatever happens in this book might not be completely of value to the plotline of book 2 itself, but it is definitely important to the entire series. J.K. Rowling remains detailed in her writing and loyal to the first novel, providing us with excellent continuity.

By introducing new characters, providing further backstories for existing characters and developing the world of Harry Potter even more, this book has nonetheless become a valuable addition to the series despite its somewhat weaker plotline.

Book review & accompanying photo copyright Karin Elizabeth. Do NOT copy and repost or reproduce the text or photo anywhere without my permission. Contact me if you'd like to use this review.
Copyright Â© Karin Elizabeth. All rights reserved. This photo is public only so you ("the public") may view it; it is not to be used as free stock. Use without written consent by the author (that would be me) is illegal and punishable by law; I will take action. This goes for blogging, as well. So, contact me beforehand if you are interested in using this image or any of my others (non-)commercially.