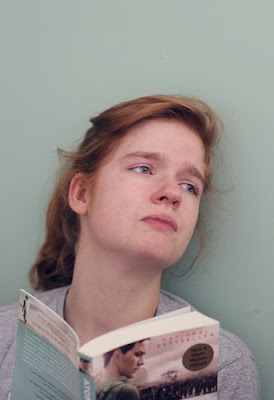 In the first of four parts of the book, thirteen year-old Briony Tallis, aspiring writer with an overactive imagination, witnesses the slightest hint of affection between the gardenerâ€™s son Robbie and her sister Cecilia. Entirely naive and too young to understand a remote bit of adult relationships and behaviours, Briony is certain that Robbie is a dangerous man who will bring harm to her sister. He must be stopped. And so her misinterpretation of that one delicate flirtation sets into motion a chain of further misunderstandings (and meddling) on her part, climaxing into the perception of a crime. A butterfly effect, where lives are ruined.

What impressed me most was the complex psychology McEwan applied to character development, but also to his readers; Brionyâ€™s appaling behaviour was frustrating and the consequences upsetting, but the reader is asked to stop and consider that she was only a child at the time. McEwan insists: Briony is the one atoning, not only to herself and the ones sheâ€™s hurt… but to us as well. McEwan is persuasive and has earned my respect.