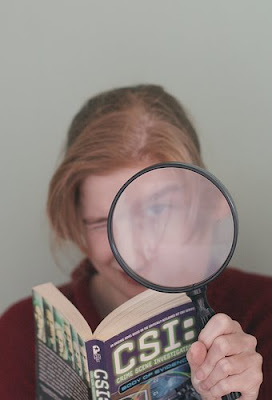 Though the book offers plenty of details and information, something's lacking: the visualization, one of the factors which is partly responsible for CSI's strength as a TV show and my fascination with it. CSI tends to visually demonstrate forensic techniques, and that is not nearly as effective – or even as educational – when written down in a book. Collins should also really try to use the comma more often. Finally, the clichÃ©d title "Body of Evidence" is irksome to me.