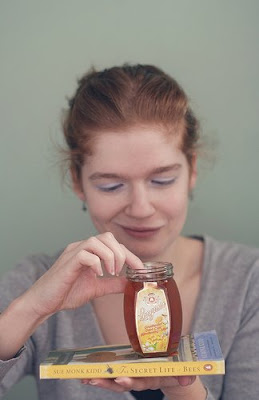 South-Carolina, 1964. Haunted by her mother's tragic death ten years earlier, Lily Owen finds herself frequently at odds with her neglectful and at times abusive father. So when Rosaleen, servant and the closest person to a mother Lily has, is arrested after getting into an argument with a bunch of white men, Lily decides to break her out of jail, viewing this as an opportunity to flee away from the memories which Lily cannot shake and from the fractured relationship with her father. Desperate to know more about her mother, she follows the only clue she has left of her: a picture of Black Madonna with 'Tiburon S.C.' written on the back of it. Tiburon, it is; soon Lily and Rosaleen find themselves standing in front of a pink house owned by three women: August, May and June Boatwright – three African-American sisters who specialize in making Black Madonna Honey. Lily discovers that these sisters hold a lot of answers to questions Lily did not even knew she had, about her mother, but also about life.

This is Sue Monk Kidd's first fictional novel, but I read her second ("The Mermaid Chair") last year. I could almost taste and smell South-Carolina, so vividly does Monk depict South-Carolina's landscape and its atmosphere, as if it is a character in its own right. The same is the case in "The Secret Life of Bees", albeit that this novel is set in a different time period. South-Carolina plays its part.

Upon meeting the beekeeping Boatwright sisters, I immediately felt that this is a remarkably soulful book about the bonds between women – relationships between mothers and daughters, between sisters, between friends. Righteous but caring August Boatwright is one of the few characters in literature I quickly became attached to, a daughterly feeling washing over me. "The Secret Life of Bees" left me feeling good, and as I further immersed myself into the story I even felt a little protected.

Even so, the book has a dramatic undertone. Sue Monk Kidd does not shy away from tragedy. These are tough times, the sixties in South-Carolina. Racism and segregation in the United States is of course an area in history widely covered by literature; however, this book is more unique in its genre because it treats the subject more positively, and by that I mean the focus is not on human cruelty but on human kindness. "The Secret Life of Bees" is about helping each other out, loving another person regardless of skin color. It's unconditional love and thus comforting. The bad choices made by some people are addressed, but Monk reminds us that there are good people out there, who give others the benefit of the doubt. Good people, such as the strong Boatwright sisters, are celebrated.

Convincingly told from the perspective of a brooding fourteen year-old girl, "The Secret Life of Bees" offers life lessons wrapped in a gentle coming-of-age story. A Southern tale sweeter than honey, where Lily's desire to connect with her mother leads her some place warm and safe, allowing her to believe that a mother can be found even in the most unexpected of places.

Now made into a film starring Dakota Fanning, Queen Latifah, Alicia Keys and Jennifer Hudson, which I'm sure is good, but in the spirit of 'read the book before you watch the movie', I do recommend you read this charming book first.