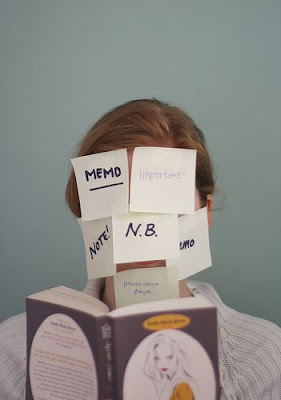 Jordan Landau has it all: a horrible set of selfish familymembers, a boyfriend for whom cheating is a compulsion, a boring job which leads absolutely nowhere… as if it canâ€™t get any worse, the rotting cherry on top of Jordanâ€™s supreme sundae is that she gets hit by a car. The latter, however, opens the door to a new world for Jordan. She walks away from her accident without much of a scratch, but no one has to know that. Whatâ€™s a little manipulation here and there? After all, people have walked all over Jordan from the moment she was born. This is her chance to start over. How, you ask? Why, by faking amnesia!

This is one book I donâ€™t have too much to note about. Though the book is not wholly predictable, and there was plenty of humor present, I could easily put it down without itching to continue it. The plot did not warrant hours of reading on end. I donâ€™t mean to imply that Forget About It was not entertaining â€“ it was â€“ but Jordanâ€™s trifles werenâ€™t all that understandable.

I feel strongly that Jordan maintained (and created) a lot of drama for herself, prior to the accident, and that faking amnesia was a childish â€˜solutionâ€™ to her problems. Now, I thought for real that I would be amused by her plans, but eventually I just started to resent her for what she was doing.

Her defense mechanism of choice did not sit well with me, given that what Jordan had to deal with â€“ a better way to put it is: what Jordan refused to deal with â€“ are things a lot of people deal with. Her issues are by no means trivial, but they donâ€™t excuse an extreme measure such as deceiving even those people closest to her. Jordan took irresponsible actions to flee away from her problems, to seek revenge while hurting her best friends along the way.

Now a book I would recommend would actually have Jordan saying â€œScrew you!â€ to the lot of them, and have her gain self-confidence through natural processes as opposed to this lousy prank she pulled on everyone. (â€œSamantha Whoâ€, the series starring Christina Applegate, is what I would recommend if you are still interested in a humoristic take on starting over due to amnesia, but where the amnesia isnâ€™t intentional.)

But there is a redeeming factor in all of this; Jordan gets a big ole taste of her own medicine, thus learning a hard lesson in a story which is slightly far-fetched and mildly irritating, but generally amusing enough.