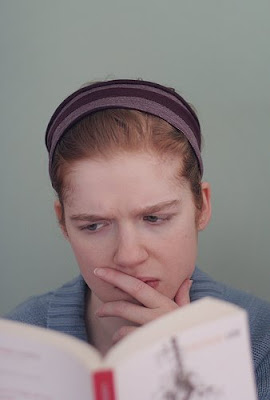 Imagine for a moment what itâ€™s like to be a black man, on trial for a crime against a white woman â€“ a crime he did not commit, a crime that did not even take place â€“ in Alabama in the 1930â€™s. It cannot be done, not really. Not unless youâ€™ve been in this position, yourself. But Harper Lee has penned down a haunting novel which comes very close to experiencing the sadness and frustrations coupled with the outrageous things people can do to one an other, and what for? Because one has white skin, the other darkâ€¦

When Scout Finch is but eight years old, she and her brother Jem have important things to do: play with their friend Dill and trying to lure the townâ€™s most mysterious inhabitant: the reclusive Boo Radley. Told from the childhood perspective of a now adult Scout, Harper Lee captures that feeling of childhood priorities and play convincingly; nostalgia swoops its way in, my own childhood and its many little adventures remembered with a smile.
But thereâ€™s that gnawing feeling of unease; while Scout cannot be expected to fully understand what is happening around her, we â€“ readers â€“ certainly know what is coming, because after so many years on the same planet, humans know what humans can do to one and other. Restlessness keeps us reading, despite a certain weariness with the intense subject.

While the kids chew bubblegum and play Dracula, and are basically just experiencing childhood, their father Atticus Finch â€“ who represents all things noble and righteous â€“ is struggling to save his clientâ€™s life. An attorney defending a black man accused of raping a white woman, Atticus is well aware of the trouble that lies ahead for himâ€¦ and his two children â€“ because not even the children are safe. The lengths people go to in order to continue hatingâ€¦

Harper Leeâ€™s book is often referred to as a classic, but having read it, I prefer the term â€˜timelessâ€™.

Yes, change is on its way; the first African-American president is about to be inaugurated…! There is hope. The character of Atticus Finch also reminds us that there are so many good people out there, accepting their fellow human beings because thatâ€™s how it should be.

But ignorance still roams, hatred has not ceased and the innocence of children is always at stake â€“ because of the things we do to each other or think about each other. That is why â€œTo Kill a Mockingbirdâ€ is timeless to me, why I agree it should be required reading for anyone. Hatred is not a thing of the past, itâ€™s in our present and it will be in our future.

When I speak of ignorance, I am not only referring to racism and other forms of discrimination (I myself have been rejected by my peers consistently simply because I have red hair). Lee addresses the matter of gender roles and the place of a woman in society. Young Scout finds herself in quite the predicament, with an aunt constantly pressuring Scout to behave like a proper girl, a lady to-be. Well, I think itâ€™s ridiculous to think of an eight year old as a lady. And being â€˜properâ€™ is over-rated. Weâ€™re talking about a child, a good kid, a delightful girl. Innocence like this does not need to be ruined by people who value etiquette above childhood.

Finally, the call for social discussion is also evident from her descriptions of the differences in class systems; whereas attorney Atticus Finch is doing well for himself, the plaintiffâ€™s family (the Ewellâ€™s) are poor as can be, and most importantly: uneducated… leaving them with nothing more than prejudice to base their decisions on.