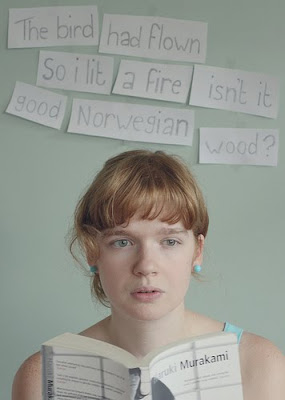 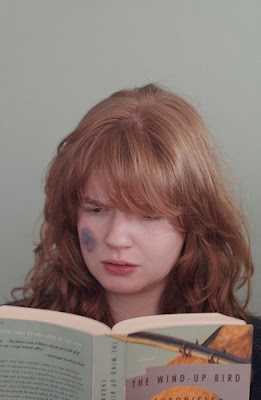 Itâ€™s the 80â€™s in Tokyo, and the seemingly ordinary lives of Toru Okada and his wife Kumiko take a turn for the unusual when their cat disappears. Fresh out of work and with little else to do in his daily life, Toru sets out to find their pet, thinking that this is the only concern he has in his life. But trouble isnâ€™t finished with Toru yet; soon after their cat disappears, Kumiko vanishes out of thin air. As Toru sets out to locate her, a series of bizarre events take place, involving even stranger people. (The girl next door May Kasahara is among them, as is Kumikoâ€™s brother Noboru Wataya, a cunning and evil politician.) With both the help and resistance from people surrounding him, Toruâ€™s search carries him into a world completely different from the one heâ€™s always known on the surface.

This is the first novel by Murakami I have read, and it took me about two and a half months to finish it. The book wasnâ€™t difficult, and by no means dull. I just found myself needing regular breaks in order to fully… digest what I had just read.

Frustration often set in as my confusion with him grew. Murakami often appears to be trailing off, and itâ€™s hard to know where heâ€™s going with it all. But I began to see that one is better off to accept Murakamiâ€™s symbolic, rather free-writing style. The best reaction to have here, I learned, is to let go and â€˜free-readâ€™ â€“ and to enjoy the peculiarity instead of to reject it simply for not completely understanding it.

Throughout all of it, Murakamiâ€™s great sense of black humor reveals itself, and his characters are wildly interesting (especially May Kasahara, the youngest of the bunch at sixteen, but somehow the wisest, most mature one of all). It must be said that although it was a terribly confusing story, there is definitely a sense of closure, with core subjects that might be described unusually, but which are obviously confronted by Murakamiâ€™s characters: the evil that the human race is capable of, and the responsibilities we as part of the human race must take.

Closure, yes â€“ but a lot is left to still be discovered. Since this was my first experience with Murakamiâ€™s work, it also served as an introduction to his bizarre world; Murakami apparently uses recurring themes in a lot of his novels. Themes I havenâ€™t yet completely identified or seen. Having read The Wind-Up Bird Chronicle has left me feeling aware that I need to acquaint myself with more of Murakamiâ€™s work in order to get – not a full, but – a better understanding of him as an author.

Itâ€™s odd, really… but this is exactly how I should sum it up: I finished this book, all 600 pages of it, but finishing it has left me feeling like… Iâ€™ve only just begun.

Note: I do have another Murakami on my bookshelf – Norwegian Wood – but itâ€™s a different book from The Wind-Up Bird Chronicle in a sense that itâ€™s more serious.