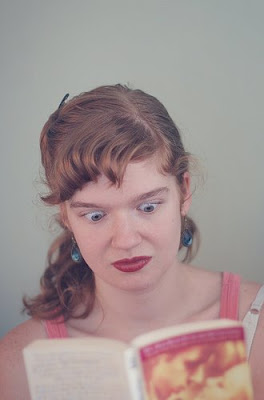 I know a lot of you (my friends) love this book. I wanted to. But didnâ€™t. You will probably hate this review, but I have to be honest.

World war 2 has just ended, and Noah Calhoun has returned home. He has just finished rebuilding his house when suddenly a blast from his past arrives, leaving Noah stunned; he never thought he would see his first love, Allie Nelson, again. Newly engaged to Lon, Allie has tracked down Noah to find some closure to their former relationship, which ended long ago without proper resolve…

This is a story written in a notebook, which an elderly man reads aloud to his wife every single day, some decades later. She too wonders: Whatever happens with Noah and Allie? Do they rekindle their love or does Allie get married to Lon?

The interwoven stories of present and past are certainly original and while the readers will get a clear ending, what is missing is a beginning – a solid basis. Iâ€™ll explain.

We meet the characters Noah and Allie as they are already several years older, long after their summer romance; we learn they once loved each other deeply, but it is hard to imagine this because we donâ€™t get to read about their summer romance, how did it happen, what went wrong etc. We just get thrown into their story without much of any preparation. The word â€˜loveâ€™ is constantly used, but because I donâ€™t know Allie and Noah as well as I could have, the word has an empty ring to it. Using the word â€˜loveâ€™ constantly is not enough. What does it mean to these characters?

This is my main criticism of the book; there is no proper build-up. Their reunion, what would be a life altering moment for them both, lost its impact.

When reaching page 53, give or take, irritation seeps in. Noah and Allie met again years after what we are to believe was an epic romance, yet Nicholas Sparks seems awfully focused on describing to us how Noah set about making two cups of tea and preparing a crab dinner. Honestly, it started to read like a recipe book at times.

Yes. It could have been a way for Sparks to describe how awkward the situation is for his characters. But even if this was the case, which I doubt, it was irritating and unnecessary, nonetheless. Iâ€™d rather feel the awkwardness, understand what they were going through, hear them express their discomfort to one and other out loud, for goodness sakes. The elephant in the room was unbearable.

And once you finally did feel like you were getting a bit in touch with Noah and Allie, their train of thought was rudely interrupted because â€œthe crab needs seasoning, statâ€! There were too many descriptions of actions irrelevant to the storyline leaving whatever dialogue or emotion is in the reunion scenes to seem forced, contrived.

What was somewhat more interesting was the second storyline, the one describing the elderly couple; husband and wife. She has Alzheimerâ€™s disease, and he hopes that by reading her the story of Noah and Allie every single day, he can bring her back to him. You could feel the frustration and the hope that comes with the longing to get back into contact with someone you love, when that person has vanished due to an irreversible illness. This notion of fighting for enduring love was touching, though the unrealistic elements in this storyline contributed to my feeling this book was overly sentimental.

I honestly donâ€™t mind a good romance novel every now and again (my favourite book is â€œPride and Prejudiceâ€, so I say enough there), but â€œThe Notebookâ€ failed to really wow me.

Though I usually donâ€™t like to compare the book with the movie, I do recommend you watch the movie instead. (Not completely true to the book, but this is a good thing.) The film starring Ryan Gosling and Rachel McAdams offers that missing background story, a less robotic reunion and a limited amount of tea & crab.

JPG Mag story on 'The Project"